Learn to Cave is run by Marcus Taylor. Marcus has been caving for over thirty years and since 1995 has worked as a caving instructor, passing his final CIC exam in 2000 to become one of the best qualified instructors in the country.

Our caving instructor, Marcus, started caving as a scout when he was eleven and immediately discovered a passion for underground exploration. He was lucky enough to grow up in the New Forest not an area renowned for it.s caves but it did have Derek Sanderson. Derek was and is a legendary caver who was exploring the deepest caves in the world in the 1970’s and 1980’s when few British cavers had even been to France. Derek told stories of brave adventures in foreign caves and Marcus knew at that point that was what he wanted to do more than anything else.

At 16 Marcus set off on his first overseas caving trip, by bus, equipped with a cave survey photocopied by Derek of the Vernau cave system in the Jura region of Eastern France and a vague description of the Chauvroche cave system outside Ornan. That summer forged Marcus’s passion for exploration and first of many overseas caving adventures.

That was 1988. Over the next 25 years Marcus has caved and guided all over Europe and Central Asia. Between 2003 and 2005 Marcus was involved in a number of expeditions to the Aladaglar Massif in Eastern Turkey that resulted in the discovery of the 11th deepest cave in the world (at the time) and in 2004 Marcus was on the expedition to Vor’nja when it became the deepest cave in the world. In recent years Marcus has tried to capture on film the experience of caving expeditions with the films ‘Into the Darkness’ following some of the world’s best cave divers and ‘Giant of the South’ following the work of a group of Spanish cavers as they attempted to extend the deepest cave in southern Spain.

Marcus now lives in Somerset and still has a deep passion for exploration. 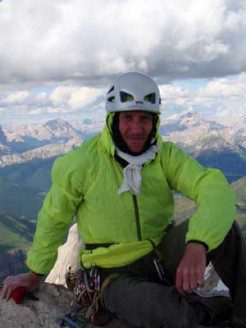